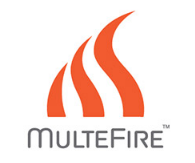 The pair said they aimed to collaborate with the alliance to make wireless technology more widely available.

Thje MulteFire Alliance’s main goal is to ensure that LTE mobile standards are compatible with shared and unlicensed spectrum, meaning that wireless technologies can coexist with WiFi and other technologies.

Success in ensuring compatibility with shared spectrum would give operators that do not have access to licensed spectrum the ability to offer wireless services.

MulteFire is based on 3GPP Release 13 License Assisted Access LTE (LAA) and Release 14 enhanced LAA (eLAA), which uses ‘Listen-Before-Talk’ (LBT) etiquette to share spectrum in a manner similar to Wi-Fi.

However, unlike LAA, MulteFire will operate entirely in unlicensed or shared spectrum, so that operators without licensed mobile spectrum can use the technology to offer wireless services. This concept has been proposed in the 3GPP standards body for both LTE and 5G.

Other members of the alliance include Qualcomm, Intel, Nokia and Ericsson.

“We appreciate that the Alliance is committed to transparency and collaboration, given the importance of unlicensed spectrum to broadband access,” said Rob Alderfer, vice president of technology  policy at CableLabs.

“As we move toward ever greater sharing of scarce spectrum resources, reliable coexistence across technologies is essential as we continue to innovate. It’s what we believe is the most critical aspect of the Alliance, and one that will be important as the industry moves toward 5G standards.”

It has long been known that cellular technologies could potentially cause problems for high-bandwidth WiFi networks, although the extent to which this is likely to be true has been contentious.

In the US, the telecoms regulator, the FCC, has allowed operators to use unlicensed 5GHz spectrum for LTE as LTE-Unlicensed (LTE-U), which has given rise to concerns that it could seriously compromise the efficiency of WiFi networks using the same spectrum.

In Europe, where regulators have insisted on the listen-before-talk protocol to avoid this issue, the 3GPP Group created Licence Assisted Access, whereby LTE signals will only use the spectrum in time slots when the WiFi traffic is not using it.