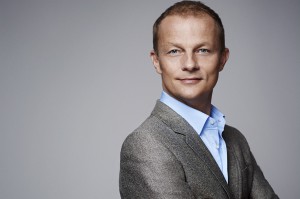 NBCUniversal has given Kevin MacLellan an expanded role at is international business as part of a restructure following the exit of Ted Harbert.

Harbert, a former E! boss, said last week he was leaving his role as president of broadcasting at NBCU. He had been in the role since the Comcast-NBCU merger and NBCU boss Steve Burke told staff he will now‘look for his next challenge outside of NBCUniversal’.

His exit has sparked a rejig at NBCU, with several execs upped to new roles to cover the varied responsibilities held by Harbert, who leaves in mid-October.

He will remain in NBCU’s London offices.

“Kevin will now be responsible for television sales on a global basis, reflecting how the marketplace has evolved,” Burke said in his memo to staff. “Kevin and his team have done a great job, and this expansion of his responsibilities is well-deserved. He is an excellentleader, understands the global television business and brings a strategic mindset and strong deal-making abilities to this new role.”

In other changes prompted by Harbert’s exit, Mark Lazarus takes on an expanded role as chairman, NBC Broadcasting and Sports.

First-run syndication will be run by George Cheeks and Paul Telegdy, and Maggie McLean Suniewick takes charge of a new business dedicated to investing in and building new digital offering, NBCU Digital Enterprise.