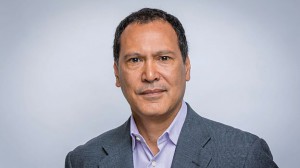 Rivera is due to take up the London-based role on September 26 and will be tasked with leading the expansion of Eurosport’s digital businesses – which includes sports news site Eurosport.com and subscription-based, over-the-top service, Eurosport Player.

He will report to Discovery’s executive vice-president of international development and digital, Michael Lang, and work closely with Eurosport CEO, Peter Hutton.

Commenting on the hire, Lang said that Rivera’s “product-centric mindset and technology orientation will help us to grow Eurosport Digital, which is one of Discovery’s top priorities.”

Hutton added that Eurosport is focused on the further acquisition of locally-relevant, premium sports content that will attract more subscribers to the Eurosport Player.

Rivera joins from the BBC, where he spent six years overseeing the BBC’s digital media services. In this role he was responsible for the BBC’s interactive and distribution services, BBC Online and BBC Red Button and oversaw the development of the BBC’s digital products, such as BBC iPlayer.

However, in April this year, he left his role as a result of the restructuring of the BBC’s technology teams and was instead given a six-month assignment to look into how the BBC can be used to support education in the UK.

This followed the appointment of Matthew Postgate in December 2015 as chief technology officer to head up a new division that combines the BBC’s digital and engineering teams and the technology team of its commercial arm BBC Worldwide.

“Having enjoyed numerous successes with the BBC, my next move had to be big,” said Rivera, who was on an annual salary of £295,000 as director of BBC Digital, according to information disclosed by the public broadcaster.

“The opportunity I have in leading the digital business at Eurosport is an amazing challenge, and working closely with Discovery’s world-class teams at Eurosport and across local markets, I hope to build next generation digital sports products, ensuring Eurosport consumers across Europe can enjoy more action, when and where they choose to view it.”