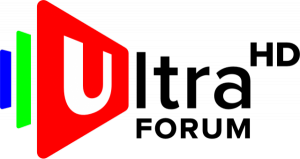 The Ultra HD Forum has made the latest version of its industry guidelines public prior to the opening of IBC in Amsterdam later this week.

The Ultra HD Forum said its guidelines working group is also currently working on future versions of the document, which will include more details on security, such as forensic watermarking.

The new versions will also describe support for technologies currently emerging in the marketplace – such as object-based and personalised audio – and investigate advanced backward-compatibility techniques, according to the organisation.

“Making our UHD Guidelines public just before IBC 2016 was an important milestone. There are already several products displayed at the show that implement our recommendations,” said Sony’s Don Eklund, co-chair of the Ultra HD Forum’s guidelines working group.

At the same time the Ultra HD Forum said that organisation had reached 55 members, after recently adding the likes of Brightcove, TNO, KPN and SCTE/ISBE.

It also announced that the Forum’s Plugfest #2 event will be held immediately after IBC, looking at high dynamic range interoperability, and will be hosted by KPN in Hilversum.