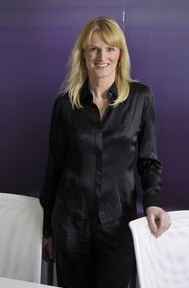 Discovery has teamed up with Dubai-based media management and playout specialist BHS Media to launch a new free-to-air channel targeted at the Farsi-speaking market in the Middle East.

Home & Health Farsi will be created by the Dubai-based outfit using Discovery content and branding and will launch exclusively on the Eutelsat Hotbird and Eutelsat 7B satellites, in September. The channel will feature a mix of content aimed at family-focused Farsi-speaking women.

Eutelsat Hot Bird at 13° East and the co-located 7A and 7B satellites are the most popular video platform in Iran, with a footprint of about 10 million homes in the country.

Farsi is the most widely-spoken language in Iran and is also spoken in central Afghanistan. There are about 40 million Farsi speakers across the region.

The content line-up of the Farsi-language channel will initially include cooking shows from popular Arab chefs such as Mohammed Orfali in Modern Cuisine and Wafaa Alkandari in Salt & Pepper, as well as international lifestyle series including Craft Wars and Gordon’s Great Escape.

The channel is the latest move by Discovery to expand its presence in the Middle East. The company said that the launch represented its commitment to invest further in the region by taking a more localised approach.

“Discovery sparks curiosity through real-world entertainment and loved brands, engaging passionate communities around the world. Thanks to our innovative partnership with BHS and Eutelsat, we will further expand our FTA footprint across the region, and bring our content to more people across more screens than ever before,” said Kasia Kieli, president, Discovery Networks Central & Eastern Europe, Middle East and Africa.

By partnering with Discovery, we are combining our local expertise with their world-class content creation capabilities to launch a channel that will provide a new style of entertainment for the Farsi market,” said Hamid Rahmani, CEO BHS Media.