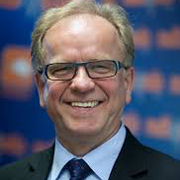 Polish cable operator Multimedia Polska last week reported revenue growth of 4.3% for the first half, with sales of PLN365.4 million (€84.2 million) for the six months to June, boosted by the sale of non-core products such electricity and gas supply.

Multimedia Polska also reported strong growth outside its core telecommunications products lines, with sales of other products including electricity and gas supply and insurance services growing by 72.5% to reach PLN22.8 million.

EBITDA however fell from PLN175.9 million to PLN169.1 million, thanks to rising operating expenses. Net profit fell by 51.3% to PLN11.7 million, attributed to higher tax payments.

The operator said it had 1.71 million revenue-generating units at the end of the period, up 73,100 year-on-year. RGU growth was primarily associated with the sale of new non-core services such as gas, as well as organic growth of its video base.

Multimedia Polska president Andrzej Rogowski said that the TV business had recovered after coming under pressure from free digital-terrestrial TV over the past few years, but that the internet market had suffered because of aggressive pricing of mobile internet services.

Rogowski said that the introduction of new non-core services such as energy services and insurance had been well-received and was “gradually approaching break-even”.