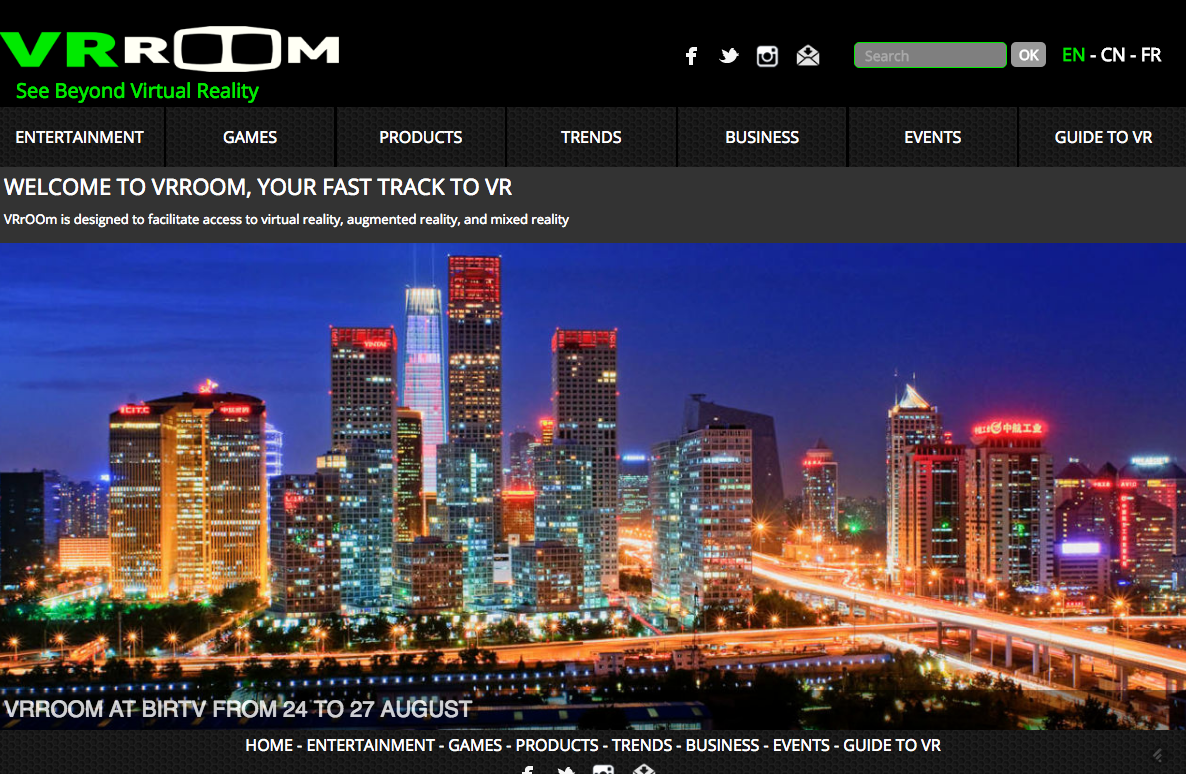 VRrOOm, which launched as a company this week at the Beijing International Radio, TV & Film Exhibition (BIRTV), said it aims to launch VR cinemas in China and France this autumn and in the US next year.

Thanks to its partnership with CFEC, a subsidiary of China Film Group, the first VRrOOm Sanctum theatres will be installed inside traditional cinemas in Beijing and Shanghai.

VRrOOm said its goal is to expand the network at high speed and have dozens of sites installed across key cities of China by the end of 2017 and to open two VRrOOm Sanctum theatres in France in November through a partnership with French cinema chain CineMovida.

More projects are currently under discussion in the US and in Europe, according to the firm.

“The general audience understanding of VR is currently limited as most people can’t afford the best equipment and readily available content is scarce. Cinema destinations provide a cost-effective way for most people to experience the best that VR can offer,” said VRrOOm founder and CEO and former THX executive, Louis Cacciuttolo.

VRrOOm is based in Hong Kong, has an office in Paris and plans to open two more offices in Beijing and Los Angeles in September. The company also said it will announce a partnership with a Beijing-based VR/AR content studio “in the coming weeks”.

“The thirst of the Chinese audience for new technology makes VR an unavoidable part of our future development strategy. We want to be the first in China to provide the highest quality and most innovative experiences to delight our audience and further contribute to China’s cinema industry progress,” said CFEC and China Giant Screen president, Lin Minjie.

CineMovida owner Jacques Font said: “I am convinced that it is an obligation to embrace VR as it will be a new form of cinematic storytelling. VRrOOm’s solution is the perfect fit to cinema professionals’ vision of integrating the virtual reality experience inside traditional movie theatres.”