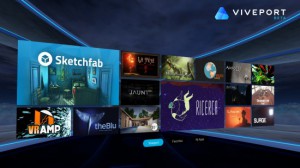 HTC is set to launch a virtual reality content store, called Viveport, aimed at the global community of VR developers.

“We believe equal access to virtual reality experiences will make the world a better place for people and enterprises alike,” said Rikard Steiber, senior vice-president of Viveport at HTC.

“Viveport will play an important role in giving access to virtual reality experiences that will enhance our daily lives and the way we connect with friends and family.”

The Viveport developer beta will be available in “a few weeks”, while consumers in 30 countries will be able to access the store later this autumn.

HTC said that it will incentivise VR content creators with initiatives including monetisation options and new features that will support content creation and distribution.

The launch builds on the Vive virtual reality headset that was developed in partnership by HTC and Valve – a US-based video game developer and owner of the Steam games platform.