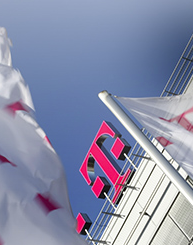 Deutsche Telekom-owned Hungarian telco and cable operator Magyar Telekom had 971,309 TV customers at the end of the second quarter, up from 963,820 in March and up from 940,871 year-on-year.

Fixed line-revenues remained stable overall at HUF52.7 billion (€170 million), with increases in TV and broadband revenue being offset by declines in voice and equipment revenues. Fixed revenues were boosted by 1.1% for the first half thanks to the acquisition of GTS.

TV revenues increased by 6.2% to HUF 11.3 billion, mainly driven by the growing IPTV subscriber base and ARPU. Sixty-two per cent of the group’s TV revenues now come from IPTV