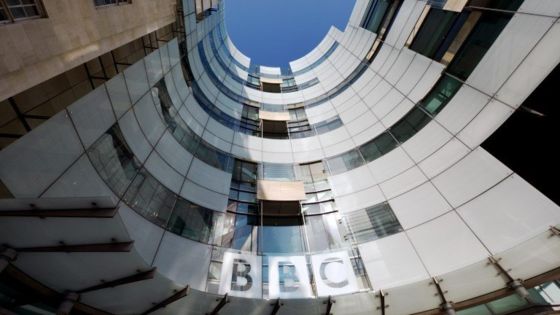 The BBC should publish salary details of any employee that is paid more than the UK Prime Minister as part of an “era of openness”, according to a committee of MPs.

The Culture, Media and Sport Committee called for the move as one of three further recommendations for the BBC as part its new charter deal – the basis of which was set out in the BBC White Paper that was published in May.

The BBC, which already publishes the salaries of its top executives, should publish details of all salaries over the £143,000  (€170,000) mark – including those of performers, presenters and producers – claimed the Commons committee.

“The point is that all these salaries are paid by the licence fee payer, whether they are for broadcasters or BBC executives,” said acting chair of the Committee, Damian Collins MP.

“Why should there be different rules for each? It’s disingenuous to say confidentiality is needed to prevent poaching when in general everyone in the industry knows what everyone else is getting paid.”

The committee also recommended the BBC should proceed with a television news programme anchored in Scotland, dubbed a ‘Scottish Six’. This should have a running order of Scottish, UK and international stories based on news merit.

The third point raised by the committee related to the appointment of BBC Trust chair, Rona Fairhead, to chairman of the new unitary board of the BBC that will replace the Trust.

The committee said that the two roles at the Trust and the new unitary board are “very different, and have very different responsibilities” and as such as the process of appointing the chair should have been via an open and public competition process.

“The appointment of Rona Fairhead as Chair of the new BBC unitary board cannot really be called a re-appointment as the role is so different,” said Collins, adding that the “unusual appointment would likely be referred to the Commissioner for review”.

“Ms Fairhead’s experience with the Trust and the benefits of continuity might well have favoured her in a proper, open recruitment process. But given the prestige of the new role it is likely that other strong candidates could have emerged. At any rate, it would not be appropriate for any Minister, including even the Prime Minister, simply to offer her the job,” said Collins.

However, the BBC Trust rejected the criticism, claiming that the appointment of Fairhead as Trust chair in 2014 followed a rigorous and open public appointment process and that her appointment as chair of the new board was to provide continuity and ensure that the transition ran smoothly.

“The Trust has always accepted that the appointment of the BBC Board Chairman, and the process by which this is done, is a matter for the Government. The Prime Minister and the Secretary of State offered Rona Fairhead the role of Chairman of the BBC until the end of her existing four-year term in 2018, and she accepted this offer,” said a spokesperson for the BBC Trust.

The Commons committee said it welcomes the decision to abolish the BBC Trust and establish a unitary board, to consolidate regulation of the BBC in Ofcom and to enhance the role of the National Audit Office in overseeing the BBC accounts.