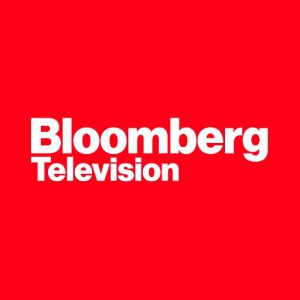 Bloomberg Media has signed a live streaming partnership with Twitter to broadcast select Bloomberg TV programmes on the social network.

Announcing the deal, Bloomberg said that extending its reach to Twitter’s global audience of more than 800 million people marks an extension of its existing digital video strategy.

The streaming deal covers programmes including: flagship technology show Bloomberg West; finance show, What’d You Miss?, which looks at the day’s biggest stories at the close of the US trading day; and US election series With All Due Respect.

“We continue to invest aggressively in innovative distribution models in order to deliver the most critical business and financial news and information to our audience,” said Bloomberg Media CEO Justin Smith.

“By partnering with Twitter, viewers from all over the world will now be able to leverage a powerful, real-time platform to consume and react to the news, accelerating our position as a leader in global business video, and offering new and innovative opportunities for our marketing partners.”

Twitter’s chief financial officer, Anthony Noto, said: “Partnering with Bloomberg will give people on Twitter the best way to see live financial markets performance combined with the live commentary on the underlying drivers and implications.”

Bloomberg Television is currently available in more than 360 million homes in some 70 countries, according to company stats. It is also streamed live on the Bloomberg’s digital and mobile properties, as well as on Apple TV, Amazon Fire TV, and Android TV.

Earlier this year, Twitter struck an exclusive deal with the NFL to deliver a live OTT stream of Thursday Night Football for free to a global audience, as well as in-game highlights and pre-game broadcasts on its live-streaming service Periscope.