Film site Flix Premiere launches in the US and UK 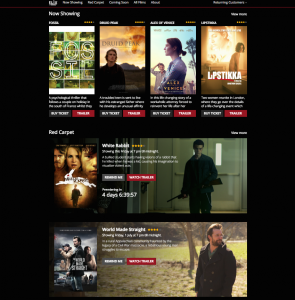 New on-demand film site Flix Premiere has gone live in the US, a week after it rolled out in the UK.

The service, which bills itself as an “online Cineplex”, offers new films that will premiere on the platform. Users can buy ‘tickets’ for £3.99 in the UK or US$4.99 in the US to watch each film.

The US launch marks Flix Premiere’s second market, and forms part of a seven-country global launch plan for the next year.

Flix Premiere’s catalogue of films changes every ten to twelve days and all films stay exclusive to the site for twelve months.

“Our curation team is scouting film festivals around the world to bring the best movies into the Flix Premiere Online Cinema,” said Flix Premiere founder and CEO Martin Warner.

“Launching in the world’s largest movie market, the US, is take two of our global mission to bring the magic of theatrical releases to mobile screens. Every week US consumers spend 5.6 hours of watching movies, TV shows and videos online, according to Forrester’s Consumer Technographics study. That’s about 292 hours of streaming media consumption per year per person, with a preference for exclusive content.

Flix Premiere is currently available via web browsers and as an iOS app and Android app across a full range of mobile devices, with streaming media device and games console support to follow later this year.