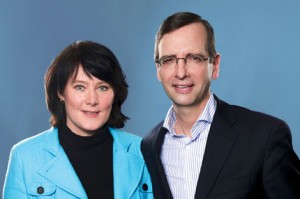 RTL Group reported a 9.5% revenue increase and an 18% growth in underlying earnings in Q1, driven by its broadcast business and production arm FremantleMedia.

Announcing results for the three months ending March 31, RTL said that its “rapidly growing digital business” also contributed to a strong start to 2016, with digital revenue up 36.4% year-on-year.

RTL Group’s channels in its core broadcasting markets – Germany, France, the Netherlands and Belgium – gained audiences shares year-on-year during the first quarter of 2016.

Fremantle experienced improved results in all major markets and was benefitted by acquisitions, with the firm most recently taking a 51% majority stake in Israeli production company Abot Hameiri in January.

“However, as stated in prior years, the first quarter is not necessarily an indicator for the full year, especially in heavy sports years such as 2016. We expect that TV advertising revenue will be geared towards the first half of year, as advertisers shift their spend due to big sporting events.”

Overall RTL Group’s revenue was up 9.5% year-on-year to €1.43 billion, while reported EBITA was up by 18% to €229 million. Net profit grew by 30.2% to €138 million, driven by the higher operating profit and no impairments compared to last year.

RTL’s digital revenue came to €120 million, roughly 8% of the company’s overall revenue. Schäferkordt and de Posch said that with the acquisition of Smartclip, “Mediengruppe RTL Deutschland will significantly expand its capabilities in digital advertising sales and thus complements our growth strategy.”

In April, FremantleMedia India’s first web series Confessions – It’s Complicated premiered exclusively on Facebook and included the use of Facebook Live. Meanwhile, RTL II is due to launch an online channel offering both on-demand content and linear streaming later this month, called RTL II You.

On the channels front, RTL Group is planning to launch two new stations on June 4. RTL Plus will feature popular and classic game shows while Toggo Plus will be Germany’s first free-to-air time-shift channel.

RTL Group said it maintains its outlook for the full year 2016 and expects total revenue to increase “moderately” and EBITA to be “broadly stable”.