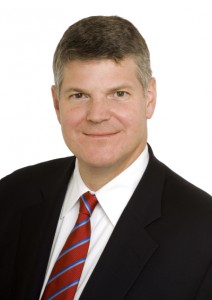 Speaking at TV Connect in London this morning, Pyne said that despite a decline in linear TV viewing, overall viewing time for top shows is actually growing through non-linear consumption – both via DVRs and on-demand services. The challenge is how to make money from that, he said.

Pyne claimed that non-linear viewing also extends the life of shows that would otherwise die. While the linear audience of the premier of season 12 of Grey’s Anatomy was relatively small, the DVR and on-demand audience meant that the show remains a success 12 seasons in, he said.

“On-demand viewers spend 50% more time with episodes and are more likely to return to the next episode,” he said. “The content becomes more sticky and ultimately they come back for more.”

Pyne said that media companies had now become global, with management responsibility devolved across multiple countries. “One strategy that works in one country may not work in another,” he said. “Pay TV penetration in EMEA is below that of the US, but there is tremendous opportunity in the pay platforms. You’ve heard of cord cutting in the US but elsewhere…the entry points to get into multichannel are lower.”

Pyne said that the US has slower growth than other regions around the world in terms of spending by ‘middle class’ populations.

“All of us have to adapt and transform and build new infrastructures to support that transformation,” said Pyne. “We are laser focused on creative excellence, by thinking about technology and by embracing global presence.”

He noted that Disney is focusing on investing resources in fewer, but better and bigger shows, and is “looking for much of its talent from outside the US”.

Pyne said that to cater for changes in viewing, Disney had invested in platforms including ABC Studios On Demand and its collaboration with CanalPlay in France to create Maker On Demand. Disney also participated in offerings such as Now TV in the UK.

In the Philippines the company has developed a direct to consumer offering in partnership with Globe, targeting users of mobile devices. “Depending on their subscription they can get Disney linear service, on-demand content from Maker and ultimately a full Disney bundle on their devices,” he said.

In the US, Disney is present on Sling to provide a lower cost offering targeting Millennials, with core Disney channels on the US$20 platform. “This broke new ground in the US, offering smaller bundle at a lower price point.” Disney’s deal with Sony PlayStation Vue is similar, he said.

“As broadband home increase, we have created distribution opportunities that can be accessed by those homes.”

In the UK, Disney Life also complements the linear Disney offering, he said.

“This all shows the power of brands and franchising. These only work if you have the content that people want.”