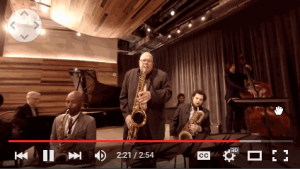 YouTube introduced 360-degree live-streamed video and spatial audio as part of the immersive video experience at the NAB Show in Las Vegas.

YouTube has partnered with tech site The Verge to air the first live-streamed 360-degree content on the platform this week, with YouTube chief product officer Neal Mohan commenting that there has been a recent explosion of interest in virtual reality (VR) and 360-degree video.

Speaking at the NAB Show in Las Vegas yesterday, Mohan said this interest spurred YouTube to launch spatial audio, which allows users to set the distance and direction of audio. Viewers can plug in headphones, watch a 360-degree video and determine the direction and volume of sound associated with different parts of the screen.

YouTube has teamed up with The Verge to launch its first 360-degree concert coverage. Mohan said that live streaming provided access to content in real time and enabled people to feel they are “right there at that concert as it’s really happening”.

For content creators, 360-degree video should mean “nothing new for them to learn” if they work with YouTube camera partners – the range of which YouTube is aiming to expand.

“We want to make it easy on the creator side and seamlessly accessible on the user side,” said Mohan, claiming that YouTube’s job is to make the technology easy to use. In the case of live-streaming, users simply have to use the most up-to-date version of the YouTube app.

He said that YouTube is already the “world’s largest repository of VR content” because all content can be viewed in VR mode using Google Cardboard, the low-cost VR experience launched by Google.

Mohan added that YouTube’s overall strategy is to offer a range of viewing options to users to match their particular preferences, including options to skip ads or watch ad-free content through the YouTube Red subscription service.

“For fans that don’t want interruptions, they can subscribe to YouTube Red, which gives access to original content as well,” he said. Mohan described Red as “a thriving part of our overall business” with a slate of new original content in the works.

He also pointed out that YouTube’s TrueView skippable ad format accounts for a growing percentage of advertising on the platform.

“What’s really amazing is how effectively this works from an advertiser’s point of view,” he said. “If an ad is skipped, the advertiser doesn’t have to pay for it. I’m a believer that advertising in general will have to follow that approach where the consumer is front and centre.”

Mohan said that he thought there was “a lot of room for improvement” in the overall ad experience, where ads block content or move slowly. “Solutions like ad blockers throw the baby out with the bath water. They punish publishers that are trying to do the right thing. I think there needs to be an industry–wide approach to lift the standards of advertising that we see. That is something that Google is very involved with. It is something as an industry that we need to be focused on.”

Mohan said that SVOD services are “fantastic” because they give consumers more choice between a subscription or an advertising model. He also described the trend towards on-demand viewing as something “from which there is no turning back”.