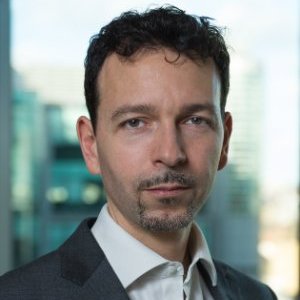 Sky in Italy has chosen to deploy compression specialist V-Nova’s Perseus video codec on its IPTV platform to expand its existing service.

V-Nova claims that the codec can deliver HD video at standard definition bitrates. At a press conference at the NAB Show in Las Vegas yesterday, V-Nova CEO and co-founder Guido Meardi, said the company has committed to upgrade Sky’s legacy set-top boxes to receive content encoded in its proprietary Perseus format.

He said that the deployment had enabled delivery of services that previously took over 8 Mbps at under 4 Mbps, allowing reach of the service to increase eightfold. Instead of the 10% of Sky homes with FTTH, the service can now reach the 84% either with fibre or ADSL connections, most of which are under 10 Mbps.

Meardi said that the deployment had also halved Sky’s CDN costs. “It is possible to upgrade an existing infrastructure and deliver cost reductions with low capex investments,” said Meardi.

V-Nova has also launched an SDK for Perseus, providing application software for integration by third parties. Harmonic and Imagine Communications have already integrated with V-Nova, the company said.

In addition, V-Nova debuted P.LInk 4K, a broadcast grade appliance based on off-the-shelf hardware for 4K contribution applications, and P.Link HD, which takes Perseus and makes it available for the majority of contribution streams that are still HD. According to the company it works on a standard mobile chipset rather than custom made hardware.

Citing research it had commissioned from Informitv, V-Nova said low latency 4K/HD contribution can be achieved at 200 Mbps with its technology, and that its platform could support HDR and 8K image compression. “Perseus is not just great today but the world is moving in a direction that will make it even more relevant,” said Meardi.