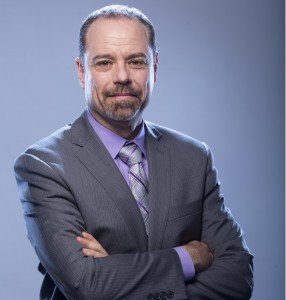 SeaChange has announced the “termination of the employment” of its CEO Jay Samit, at the same time as it reported a US$22.1 million (€19.4 million) operating loss for its fiscal fourth quarter.

In a statement, Terino said that SeaChange intends to “further increase operational efficiencies” in 2017, claiming it was “disappointed” in its fiscal 2016 performance.

The company said that its Q4 results included charges of US$22.3 million, which it attributed partly to the loss from impairment of the assets of Timeline Labs – the real-time social media analysis firm that SeaChange bought at the end of 2014.

It also said that charges came from severance and other restructuring costs, stock-based compensation, amortisation of intangible assets from prior acquisitions, and other non-operating professional fees.

“As previously disclosed, we have implemented cost-saving actions with respect to restructuring our Timeline operations and the termination of our prior CEO, Jay Samit, which will enable us to achieve annualised cost savings of approximately US$7 million,” said SeaChange chief financial officer Anthony Dias.

Terino, who became SeaChange’s COO in June 2015, said that this year the company aims to deliver “new software product innovations that capitalise on our core competencies in video delivery, content management and monetisation.”

SeaChange will focus on using its R&D investments to become “more efficient” with spending, will introduce new cloud-based software products, and will invest in sales and marketing, he said.

“We believe that these actions will enable SeaChange to return to revenue growth and profitability on a full year basis in fiscal 2017.”

Samit leaves SeaChange after less than two years in the CEO role, having joined the firm in October 2014.