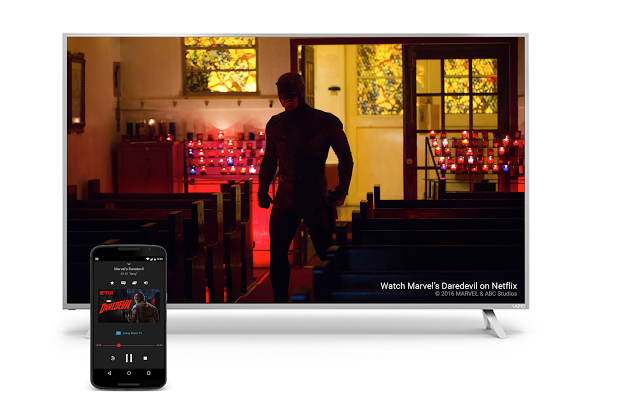 Google has rebranded its Chromecast application as Google Cast to reflect its ability to work across a range of devices in addition to its successful Chromecast HDMI dongle.

According to Google, the updated app, which will enable casting of content from multiple devices to TVs, displays and wireless speakers as well as Chromecast dongles, will be rolled out this week in both iOS and Android versions.

Google said it was “changing the name of the Chromecast app to Google Cast app, to better reflect that Google Cast technology is now supported across a wide range of devices such as Chromecast, TVs, displays and speakers”.

Google has recently worked closely with TV and other consumer electronics manufacturers to integrate its casting technology into their products.

The company has just announced that it is bringing its casting technology to Vizio’s new SmartCast P-series displays as well as the electronics manufacturers’ soundbars and speakers. P-series displays will come with Google Cast built in.