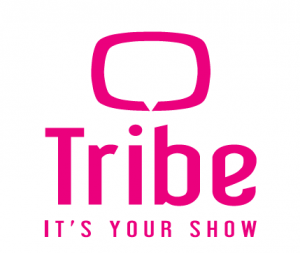 Asian pay TV giant Astro has launched Tribe, a new ‘mobile-first’ OTT service for consumers in the region. Initially it will be available in Indonesia through a partnership with telco Axiata, but plans are in place to launch across southeast Asia, in partnership with regional telecoms operators.

The new service will allow consumers in Indonesia to stream the Fox 1, 2 and 3 channels, meaning they can access Formula 1, UFC and MotoGP content.

There will also be Oh!K, a channel programmed with K-pop music and programming from South Korea’s Channel M. The film line-up will take in movies from Indonesia and Asia.

Astro said it will add download options and social media integration to Tribe in coming weeks. It will roll out in a ‘number of other markets’ later this year, the company added, without specifying specific territories.

The pay TV company told DTVE‘s sister title, TBI, that Tribe will be free for a limited period in Indonesia before it becomes part of a package offered by Axiata.

“Today marks a new milestone for Astro with the launch of Tribe, our OTT service for the ASEAN video consumers,” said Dato’ Rohana Rozhan, group CEO of Astro. “Understanding there is no one-size-fits-all go to market strategy, Tribe will seek complementary win-win partnerships with local telecommunications and media companies in each market, to jointly build on customer reach, and relationships.”

Iskandar Samad, Astro’s head of strategy will run Tribe as CEO. “We are happy to work with Axiata Digital Services who is launching initially in Indonesia today.”

He added: “Consumers of today are highly mobile and socially connected; we intend to build a relevant social connection between users through the content they consume. Social media is already the new water cooler, and we want our content to be at the centre of that dialogue.”

The world’s largest streaming service, Netflix, recently launched in several Asian countries as part of its globalexpansion. It is, however, facing new competition from a raft of local services, such as Tribe and Viu, the new OTT service from Hong Kong-based telco PCCW.