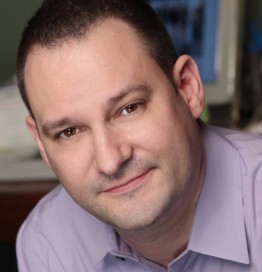 Content discovery has changed less then might be expected and is still heavily reliant on traditional linear channels and word of mouth, according to Christian Kurz, SVP, consumer insights and analytics, Viacom Internatonal Media Networks.

Speaking at the Connected TV Summit in London this morning, citing research by Viacom, Kurz said that 71% of viewing sessions still start on linear TV, with catch-up and other sources playing a complementary role. Some 45% of viewers first come across a show on TV, with 20% discovering new shows through word of mouth. “It is still surprisingly old-school,” said Kurz. “Word of mouth is still dominated by in-person word of mouth. The digital world comes in after that. It is a lot less different than it was 20 years ago than what we thought might be the case,” he said.

Kurz said that viewing is changing, however, with television now seen as an all-encompassing phrase that covers viewing on multiple devices as well as non-linear viewing.

He said that Viacom was trying to move beyond linear TV into offering more and more live events as well as investing in digital distribution.

He cited the company’s investment in Play Plex, the company’s umbrella platform for enabling content to be made available on mutliple platforms in partnership with pay TV operators. “In the kids area you add games and lots of other things and this all makes it compelling to the audience,” he said.

Kurz sad that content companies like Viacom need to form partnerships to engage with digital viewers, citing the example of Viacom’s relationship with Snapchat for discovery.

Kurz said that the industry has to work together to “make multiplatform audience measurement a reality – quite frankly it’s not fast enough and not good enough”.

He added that this required close collaboration and greater transparency and said data needs to be integrated across territories and not kept in silos.

In addition, he said, video companies have to use technology to unlock growth, delivering on global platforms, for example to target users in emerging markets who do not necessarily have TVs but who do have smartphones.

An average TV viewer now uses six devices with five different sources, said Kurz. As soon as people get a broadband connection, the viewing pattern starts to change, he said.

Kurz said that “TV as an art form is thriving” nevertheless. While formats previously were restricted by the linear channel model, content companies could now create shows with episodes with varying lengths for different platforms. TV content is increasingly cinematic, while internet video was sometimes making the transition to TV. Content formats are now also travelling around the world, with shows from specific local markets rapidly gaining global traction, he said.