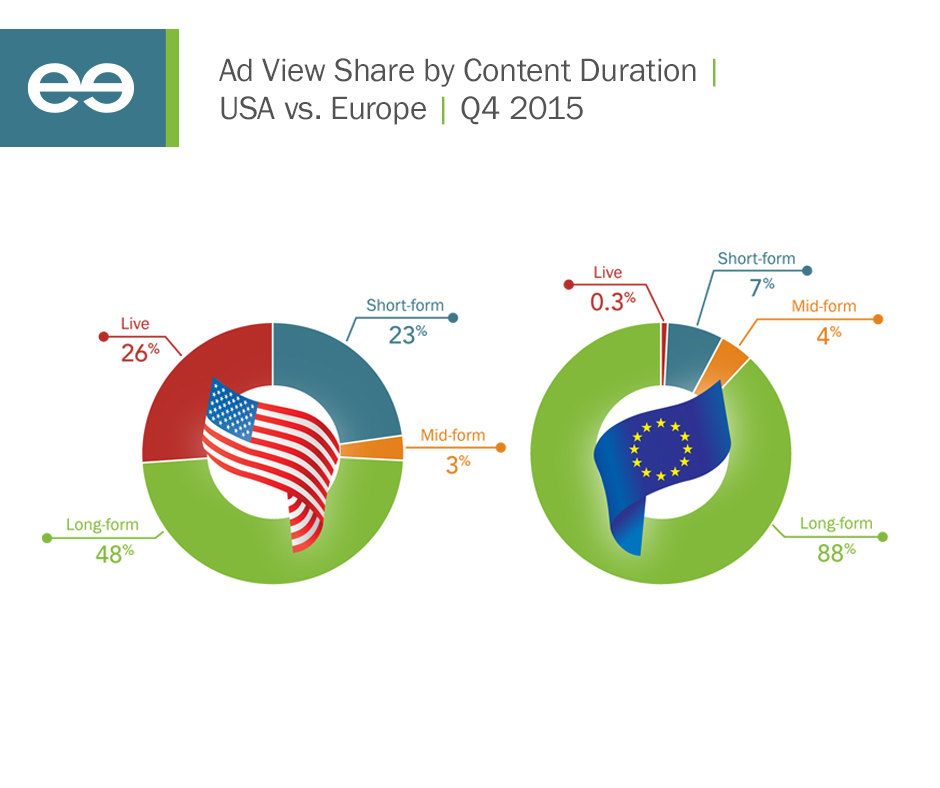 Long-form on-demand streaming video ad views in the US and Europe increased by 56% in the fourth quarter of last year, while live content video ad views were up 129%, according to a report by FreeWheel.

Live viewing is much stronger in the US than in Europe currently.

According to the group’s Video Monetization Report, non-desktop and laptop viewing now represents 60% of streaming video ad views. In Europe, tablets are more popular than in the US, accounting for 19% of views as against 11%.

Programmers enabled for set-top-box video on demand dynamic ad insertion saw an average of 20% of their ad view volume generated by this platform, making it the second largest device in video ad delivery, according to FreeWheel.

Ad views from TV Everywhere products continued to grow at a strong pace of 142%, with 65% of all long-form ad views coming from behind the authentication wall.

Apps from service providers now account for 9% of all programmer ad views, according to FreeWheel. Authenticated viewing on TV Everywhere platforms grew by 142%, much less than the 591% recorded for the same period the previous year.

The fourth quarter saw 32% growth year-over-year in video views and a 30% growth in ad views.

In terms of devices, Apple TV accounted for the lion’s share of views at 44%, followed by Roku with 34% and games consoles as a single category with 15%. Chromecast accounted for 5% of views while Amazon Fire and smart TV platforms accounted for only 1% each.

Ad view growth on mobile platforms grew by 88%, while views on OTT devices grew by 101%.