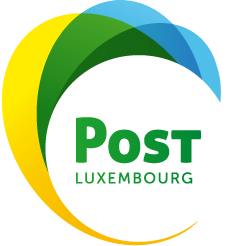 Luxembourg telco Post Luxembourg will launch a new TV service in April including 4K TV, catch-up TV and an NDVR service that will be available via the mobile network as well as fixed-line network.

Post Luxembourg will launch a 4K set-top from Netgem, the STB N7900, with a range of services delivered from the cloud. It will also release new applications for mobile TV via Android and iOS platforms, again with technology from Netgem.

Bob Lamboray, head of IPTV technology at Post Luxembourg, speaking at an event organised by Netgem on the fringes of this week’s Mobile World Congress in Barcelona, said that the company wanted to market a device that would capture the imagination of subscribers.

“For the 4K launch we will have two live TV channels,” he said, adding that for now, the 4K part of the service “is still a marketing element”.

He said that the company had decided to invest in 4K boxes in order to prepare the ground for the wider availability of services.

“We decided to launch the box now in order to have enough boxes in the field for when 4K is more widely available. It was the same story with HD. I am convinced there will be 4K channels but not this year. The idea is to have the best available set top because otherwise you will have to exchange boxes again later,” he said.

Post currently has over 50,000 IPTV subscribers in a market out of about 200,000 homes in total. Over half of the network is covered by FTTH. Post also has the largest 3G and 4G network in the country. The company offers 236 SD channels and 170 HD channels including premium services such as Sky Germany, B+ and Eleve.

Lamboray said Post Luxembourg also a plan to launch an online TV service without the set top box after the box-based launch, which would offer additional flexibility.