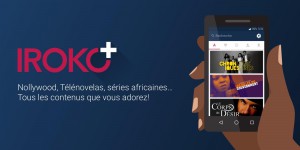 iRoko+ will offer Nollywood content, telenovelas and programming from Canal+ Group’s African service A+. All content has been dubbed into French, much of it for the very first time, according to iRoko.

“With over 250 million French-speakers across 30 countries in Africa, and as mobile Internet penetration continues to spread across the continent, the iRoko+ Android app will cater for a significant growth market, with 165 million smartphones estimated to be in circulation before 2020,” said the company.

iRoko+ is available to download from the Google Play store and will be free until June 1. Users will then be able to download movies and TV series as part of a subscription package.

Last month iRoko raised a total of US$19 million (€17.6 million) and announced plans to “expand aggressively” across the continent. The funding came from multiple content development and capital funding deals, and Canal+ and existing backer Swedish investment firm Kinnevik AB both contributed.

The news followed the launch of Netflix across Africa earlier last month.