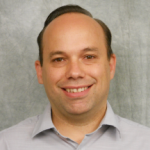 In their blog posting, the pair outlined how the technology could double the capacity available for upstream traffic by simultaneously using the same spectrum, unlike current technologies such as frequency division duplexing – currently used by DOCSIS – and time-division duplexing, used by Wi-Fi and G.Fast networks.

Hamzeh and Rice said that, by using a combination of passive HFC networks and DOCSIS 3.1-based self-interference cancellation and intelligent scheduling, CableLabs had built a solution that proved the technology was viable.

The pair said that a Full Duplex network would support backward compatibility and co-existence with previous generations of DOCSIS deployments.

They said that that CableLabs would engage with members and vendors to validate the technology over the next few months, potentially transitioning to an R&D project afterwards.