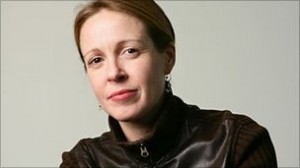 BBC Two and Four controller Kim Shillinglaw is to leave the UK public broadcaster as part of a wider restructure that sees Charlotte Moore take over all channels and the iPlayer.

Moore has been named controller, TV channels and iPlayer for the BBC following an internal recruitment process, which was designed to create a “simplified and more co-ordinated strategy” across the organisation’s channel portfolio. She takes up the post on January 25.

This gives her control of BBC One, which she previously ran. She will also manage: the bosses of on-demand service iPlayer, which is set to increase commissioning as BBC Three moves online only; BBC Daytime; and arts-focused BBC Four. At the same time she will oversee a new editor of BBC Two.

Both Shillinglaw and Moore applied for the newly created television channels role.

As a result of Moore winning the job, Shillinglaw, who has been running BBC Two since April last year following Janice Hadlow’s departure, has decided to leave the BBC.

“I’ve loved modernising BBC Two and Four over the last two years but when you don’t get the big job it’s time to move on,” said Shillinglaw. “I’m looking forward to another big challenge.”

Moore, meanwhile, will report to Mark Linsey – who was appointed acting TV boss following the departure of Danny Cohen last year. She will continue to sit on the television board, while her new post tasks her with “ensuring the channels work in a complementary way while enhancing their distinctive positioning”.

“This role will allow her to take a view across channels to drive distinctiveness, quality and risk-taking even further, whilst offering a single point of contact for programme-makers and ensuring audiences get the best programmes, however and wherever they choose to watch,” said Linsey.

The move comes as the BBC attempts to simplify its structures through moves such as Matthew Postgate being appointed as chief technology officer, working across BBC Digital, BBC Engineering and BBC Worldwide. The BBC is attempting to cut costs in the face of continued external pressure to reduce overheads.