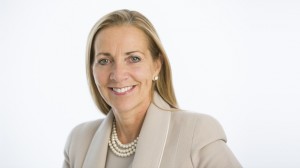 The BBC’s plans for its future are “mostly welcomed” by the public, though questions remain about the funding, accessibility and impact new services, according to the BBC Trust.

Reporting the findings of a public consultation on the BBC’s proposals for an “open BBC for the internet age”, the BBC’s governing body said that the majority of respondents were supportive of the BBC’s plans with strong support for the curated digital educational platform, the Ideas Service, and for a dedicated online children’s platform iPlay.

Plans to close a loophole that allows viewers to access the BBC’s online catch-up service, the iPlayer, without paying the licence fee were also strongly supported.

However, concern was expressed about whether the financial impact of introducing new initiatives might mean losing existing BBC services and programming.

There was also “moderate concern” that digital services can be inaccessible to older generations, less affluent people, and those living in rural areas.

“Some older people say they would not use digital services, but as long as existing channels remain intact they do not mind; others wish the BBC would place less emphasis on online services and fear that creeping digitalisation means they will be excluded from BBC services in the future,” according to the report.

Elsewhere, concerns were voiced about the risk of creating separate services at the expense of the BBC’s pan-UK services – though respondents recognised that the BBC needs to cater for specific needs in Scotland, Wales, Northern Ireland and in the English regions.

Greater personalisation also got a “mixed reaction” with some respondents saying they would value a bespoke service while others expressed concerns that tailoring services would diminish the shared experience of audiences.

“Over 50,000 people have responded to our two consultations and they have been clear that their future BBC must deliver the services and programmes they value, while continuing to innovate and do more to reflect the whole UK population,” said BBC Trust chairman Rona Fairhead.

“These findings will inform our discussions with Government and ensure the views of Licence Fee payers are heard in the Charter debate.”

A BBC spokesperson said: “We are committed to providing services for all audiences, regardless of their situation. Whilst digital services provide unique creative opportunities and new ways to access content, we believe it’s possible to find a balance that ensures all audiences can benefit. For example, when BBC Three becomes a digital service its longform content will still be available on BBC One and Two. We also have a major role in helping all audiences make the transition to new technology as we did with digital TV, and we expect this to continue in the future.”