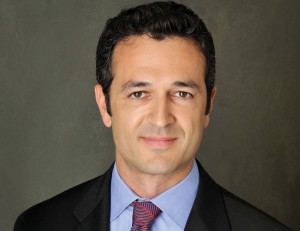 The international business will now be organised under the Fox Networks Group banner, with three distinct regional divisions; Europe, Asia and Latin America.

Each of the regional leaders reports direct to FNG CEO and chairman Peter Rice and FNG president and COO Randy Freer.

Announcing the reorganisation last night, Fox said that FIC chief Lopez is departing and will launch a new venture, with details to be announced soon.

Lopez is a Fox veteran, having joined the company in 1997, taking control of Fox Lat-Am in 2000 before rising up the ranks to CEO of the US$3 billion turnover FIC.

“I want to thank the several thousand employees and alumni of FIC, as well as Peter Rice, Chase Carey, James, Lachlan and Rupert Murdoch,” Lopez said. “I’ve been inspired by them and many colleagues throughout Fox, News Corp and Sky, and look forward to future collaborations as I embark on this next stage of my career.”

During his FIC tenure the business has assimilated the the ESPN Star Sports channels into the group, and bought into several sports leagues. It has also launched new lifestyle and US-Hispanic channels (since sold) under Lopez’s leadership.

Last year there was a rebranding effort that saw several international channels take the Fox brand.

Peter Rice said: “Hernan has been a driving force in the development of our global television strategy and in building our channels around the world. He is one of the most talented and insightful executives I have worked with and we wish him the very best with his new venture.”

The international changes follow a wide-ranging restructure at National Geographic, which Fox now owns, with new management roles in the US and internationally.

Speaking about the restructure, Rice said: “As our television business expands globally, the success and scale of our entertainment and sports brands in these fast-growing regions demand that they stand independently.”