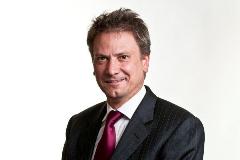 BT has named Clive Selley as the CEO of its infrastructure arm, Openreach.

Selley, who is currently chief information officer of BT Technology, Services and Operations, the telco’s core networks arm, will take over from Joe Garner, who is leaving BT to become CEO of Nationwide Building Society. A handover process will take place over the course of this quarter.

Openreach was created 10 years ago to house BT’s local access network business, which can be accessed by third-party service providers in a regulated market. The division has recently been in the spotlight in the shape of regulator Ofcom’s digital communications review, with rivals including Sky alleging poor service and slowness in investing in ultra-fast networks, and calling for the unit to be split off from BT.

BT says it is planning to bring ultra-fast broadband access to 10 million UK home by 2020, with the majority of homes to be connected by 2025.

“I am honoured to have been asked to lead Openreach at this important point in its history. The huge investment it has made over the past decade has made the UK a broadband leader, and we need to build on those foundations by deploying fibre to further communities and by rolling out ultrafast broadband. Customer service is a top priority of mine and I am committed to delivering further improvements by working closely with all industry partners who rely on our network to serve their customers,” said Selley.

“Openreach is at the heart of the UK economy with our open access network underpinning a ferociously competitive broadband market. That has benefited consumers and businesses greatly. The engineers are the lifeblood of Openreach and I have been hugely impressed by their tireless work in challenging circumstances during the current floods. They will play a crucial role in the coming decade as they have done to date”.

Gavin Patterson, BT Group CEO said: “Clive is a hugely talented individual and I am delighted he has agreed to lead Openreach. He has an unrivalled knowledge of networks and engineering and is ideally suited to take the UK from a superfast nation to an ultrafast one. He supports our vision for the UK’s digital future and will play a key role in ensuring that businesses, consumers and communities receive the services they need and deserve.”