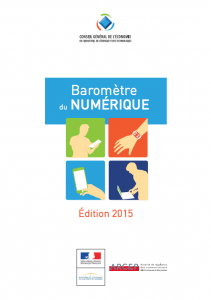 The proportion of internet users in France who view live or catch-up TV on the internet has increased by over half in the last two years, according to research compiled by telecom regulator ARCEP, while the proportion that has viewed TV shows or films either via streaming or download has increased significantly over the same period.

According to ARCEP’s and the Conseil Général de l’Economie’s (CGE) annual Digital Barometer, 44% of internet users, and 37% of the general population, have viewed live or catch-up TV over the web in the last 12 months, up from 37% and 22% respectively in 2013.

Over the period from 2012-15 the proportion of the overall population that streamed or downloaded films, videos or TV shows jumped from 28% to 35%. This followed a five-year period where downloading movies over the web failed to grow or even declined slightly. Growth in consumption since then follows the rise of streaming services closely.