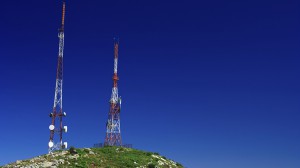 The 700 MHz spectrum-band has been reallocated from broadcast to mobile use in Europe, Africa, the Middle East and Central Asia, the ITU has confirmed.

In a decision made at the currently in-session World Radiocommunication Conference (WRC-15), the 694-790 MHz frequency band in ITU Region-1 will be allocated to mobile broadband. The International Telecommunication Union (ITU), which organises the WRC-15 event, announced the news in a statement.

The ITU said that the decision will help bring about a “globally harmonised solution for the implementation of the digital dividend” after a similar decision was made at the WRC in 2007 for ITU Region-2 (Americas) and Region-3 (Asia-Pacific).

“The WRC-15 decision represents a landmark in the development of broadband mobile on a worldwide scale, regardless of location, network or terminal used. It goes a long way in enabling bridging of the digital divide, while fully protecting the other services currently operated in the band,” said ITU secretary-general Houlin Zhao.

François Rancy, the director of the ITU Radiocommunication Bureau added: “The global harmonisation of the 694-790 MHz frequency band that has been decided by WRC-15 paves the way for manufacturers and mobile operators to offer mobile broadband at an affordable price in currently underserved areas.”

The ITU said that the provisions adopted by WRC-15 provide “full protection” to television broadcasting, as well as to aeronautical radionavigation systems operating in this frequency band.

In a statement issued yesterday the European Broadcasting Union (EBU) said that discussions about the future use of the UHF band often revolve around the question as to whether or not terrestrial broadcast networks will still be needed in the future.

“For the broadcast industry and the majority of participating administrations, the answer is a resounding ‘yes’. Terrestrial broadcast networks deliver a substantial economic, social and cultural value which cannot easily be replicated on other platforms,” said the EBU.

“The UHF band is the only globally harmonised spectrum for terrestrial broadcasting. A clear decision to keep this allocation unchanged for the foreseeable future would encourage investments in further development of broadcasting technology, networks and services, thus preserving and potentially increasing the value of the DTT platform,” it added.

The Europe-wide reallocation of 700MHz from broadcast to mobile broadband was expected to be confirmed at WRC-15, after WRC-12 set the scene for a major reallocation of spectrum.

In September last year, Pascal Lamy, the European Commission’s chairman of the high level group on the future of the Ultra High Frequency (UHF) spectrum, issued a report on the use of the UHF band that recommended that the 700MHz band (694-790MHz) should be dedicated to wireless broadband across Europe by 2020 – give or take two years.