CME: turnaround phase now behind us 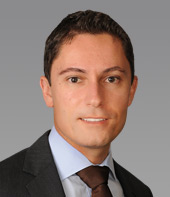 The co-chief executive of Central European Media Enterprises (CME), Michael Del Nin, said the company’s “turnaround phase is now behind us” after reporting another quarter of improving results.

Announcing its third quarter figures, CME said that revenues came in at US$117.3 million – a 5% year-on-year increase at constant like-for-like rates, but down 10.5% compared to Q4 2014 in real terms.

Operating income before depreciation and amortisation (OIBDA) nearly tripled at constant rates to US$8.4 million and was up 184% in real terms.

Meanwhile, CME’s loss from continuing operations narrowed to US$21.5 million, compared to a loss of US$51.3 million a year earlier.

“Since joining CME two years ago, we have delivered on each and every one of the actions needed to turn the company around and that turnaround phase is now behind us,” said Del Nin.

“The improvement in revenues, together with significant adjustments to the cost base of the company, have resulted in seven consecutive quarters of year-on-year OIBDA margin expansion.”

For the quarter, CME said that its OIBDA margin was 7.1%, compared to 2.2% a year earlier.

The firm also reported that TV ad markets increased by an estimated 7% in the first nine months of 2015 across the six countries CME operates in – Bulgaria, Croatia, Czech Republic, Romania, Slovak Republic and Slovenia.

“Key programs in prime time have outperformed their slot in the prior year despite continued focus on cost control. The reach we provide to advertisers is unmatched in our markets and that positions us perfectly to capitalise on strong and growing demand for television advertising,” said CME co-CEO Christoph Mainusch.