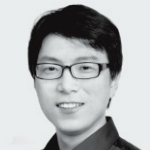 The top six TV makers in China plan to purchase 14.8 million LCD TV panels in the fourth quarter of 2015, a 16% year-on-year decline, according to IHS.

IHS attributed the conservative purchasing plans to “TV panel oversupply and falling prices and said the slowdown is expected to cause panel manufacturers to adjust their capacity utilisation further this year.

“This conservatism is a major shift from the aggressive market in 2014, which has caused display makers to face over-supply and may induce panel prices to drop further at the end of this year.”

However, in Q3 Chinese TV makers “drastically reduced” panel purchases to 15 million, a 6% year-on-year decline, which is expected to widen in Q4, according to IHS.