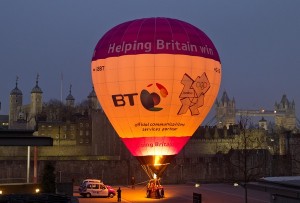 BT has issued a strong defence of infrastructure arm Openreach’s continued operation as part of the BT Group and has highlighted what it says are continuing problems in the pay TV market as a result of Sky’s dominance in its submission to Ofcom’s Digital Communications Review.

Under assault from Sky over Openreach’s alleged lack of progress in rolling out ultra-fast broadband amid calls for the infrastructure unit to be separated from its parent organisation, BT said it was vital that Openreach remained part of the group to enable it to benefit from BT’s capital and the £500 million a year that the telco spends on research and development.

BT called for changes to the UK’s regulatory regime including a long-term commitment from Ofcom to provide certainty and clarity, polices to encourage large-scale investment, support for consolidation when it benefits competition and brings about investment, a better balance between service quality and price, a level-playing field in pay TV and simplification of current regulations.

BT said that regulation of pay TV had been “lopsided”, with Sky being given highly-regulated access to the Openreach network while BT has struggled to obtain similar wholesale deals with Sky for content.

In particular, BT called for Ofcom to focus on the pay TV market, where it said “competition has failed” and to enfource the ability of consumers to switch bundled product providers, enabling them to easily transfer from one multi-play provider to another.

BT highlighted its commitment to aim for a new minimum breoadband speed of 5-10Mbps for every home and business, to extend the reach of fibre beyond the government’s 95% target, and to deliver 300-500Mbps broadband to 10 million premises by 2020 and to the majority of UK premises by 2025.

Other commitments include one to improve on-time delivery for consumer customers to 95% by 2017.

“We are now at a critical point in the development of the UK as a digital nation. Broadband has become central to our economic and social life today and the industry must therefore invest to meet this growth in customer expectations and demand,” said BT CEO Gavin Patterson.

“BT is driving the transformation of Britain’s digital infrastructure but we need the right regulatory regime that supports fair competition for all and large scale investment. With this in place, there is no doubt that we can meet the challenges of the next decade, fulfilling the needs of consumers and businesses, driving the growth of the UK economy and supporting social progress for the whole country. Ofcom has the opportunity to level the playing field by tackling Sky’s dominance of Pay TV. That dominance has led to poor outcomes for UK consumers and it is about time that converged regulation was introduced to deal with a converged market. The current lop sided approach isn’t serving customers well.”