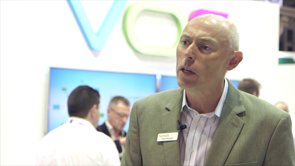 The US National Aeronautics and Space Administration (NASA) has tapped the support of video technology provider Harmonic to launch NASA TV UHD, which NASA claims to be the first consumer UHD channel in North America.

Utilising a UHD video delivery system from Harmonic, NASA will deliver live and linear 2160p60 video content, enabling consumers to enjoy crystal-clear footage on a wide range of television and IP-connected devices. A test signal of NASA TV UHD is currently available on the AMC 18C satellite, with an expected launch date of November 1.

NASA TV UHD video is being sourced from high-resolution images and video generated on the International Space Station, Hubble Space Telescope, and other current NASA missions. Programming will also include remastered footage from historical missions, shots from NASA’s development and training processes, and ultimately live launches. Using the 8M pixel resolution of the UHD format, the channel will create the closest possible experience to looking out of the viewing Cupola of the space station, for example.

Like the current NASA TV channels and on the same transponder, NASA TV UHD will be transmitted via the AMC-18C satellite, in the clear, with a North American footprint. Harmonic is currently in discussions with pay TV operators to carry the channel on their satellite DTH, cable and optical networks, for consumer access. The channel will also be streamed on the Internet, which will require at least 13Mbps access connectivity to receive the signal and achieve the UHD experience.

NASA and Harmonic have also begun discussions about adding high dynamic range (HDR) and expanded colour-space technologies to the channel as standards emerge. Some testing is expected before the end of the year.

“As NASA reaches new heights and reveals the unknown, the NASA TV UHD channel can bring that journey to life in every home. And as organizations at the forefront of innovation, together we are leading the adoption of this exciting technology,” said Peter Alexander, CMO, Harmonic. “As the leader in UHD development, Harmonic provides a complete solution for Ultra HD video production and delivery, enabling content and service providers to offer better video quality at a low total cost of ownership.”