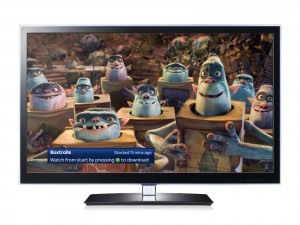 Sky in the UK has added restart, recommendation and other features to its Sky Movies service for Sky+ customers.

The Watch from Start feature, which is already available in Italy, will enable viewers who missed the start of a movie to watch it from the beginning by clicking on the green button on their remote control and downloading the film.

Other new features include a new recommendation service called More Like This, enabling viewers to click on the yellow button on their remote to be served suggestions based on a single title selected. Sky gives the example of fans of The Lego Movie being offered family titles including The Box Trolls and Maleficent.

Watchlist enables viewers to create personalised lists of movies to watch, using the green button to create a list to watch at a later date.

Sky said it would also introduce the Rotten Tomatoes audience score-based ratings system as a feature later this year.

“This is just the latest in a series of enhancements we’re rolling out every few months to make sure Sky+ continues to make TV watching a brilliant experience in homes up and down the country. The pace at which we’re developing for Sky+ has never been quicker – so customers can look forward to more updates later this year and into 2016,” said Luke Bradley-Jones, director of TV products at Sky.

“If there’s one place the family can count on for the latest Hollywood blockbusters or classic films, either live or on demand, it’s Sky Movies. And we’re now introducing some clever new features that will make it even easier to find and enjoy a fantastic movie when you settle down on the sofa – including brand new ‘Watch from Start’ which makes missing the start of a film a thing of the past,” said Ian Lewis, director of Sky Movies.