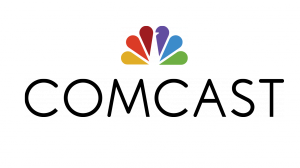 US cable provider Comcast is reportedly gearing up to launch a major new digital video platform called Watchable in an effort to take on the likes of YouTube.

According to a Business Insider report, Comcast is planning to launch the service in the coming weeks and is partnering with digital publishers like Buzzfeed, Awesomeness TV and Vice, as well as older brands like NBC Sports.

The on-demand content will be available to Comcast’s Xfinity X1 box owners and will also later be available on iOS and Android devices, said Business Insider. It added that Comcast will not pay any licensing revenue to Watchable partners, only advertising revenue, and that publisher deals will be non-exclusive.

Separately, Variety reported that Comcast plans to launch the video service on the web to both Comcast subscribers and non-subscribers and that the Android and iOS rollout is planned for “the coming months.”

The Variety report claims that a Comcast subsidiary first registered Watchable as a trademark in 2014, with the service initially due to be trialled last year before the launch was delayed.

Comcast launched its X1 platform to its entire user footprint in January 2014, billing it as ‘the future of television’ by combining customised apps, social media features and traditional video services for a personalised TV experience.