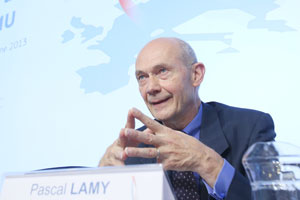 Mobile industry body the GSMA, has called for a “timely release” of the 700 Mhz band for mobile use, and an accelerated review of the sub-700 Mhz UHF band.

The GSMA, which represents mobile operators around the world, called on the European Commission to support requests for release of the 700MHz band for mobile use “preferably between 2018 and 2020 and potentially earlier” for markets that are able to release it sooner – such as Finland, France, Germany and Sweden.

The GSMA called for the EC should support a co-primary mobile broadcasting allocation in the UHF band at WRC-15, with Anne Bouverot, director general of the GSMA saying: “A co-primary allocation will give [EC] member states full flexibility to use UHF spectrum for both mobile and broadcast in the future.

“If mobile data continues to grow as predicted, national governments will retain the option of reallocating more spectrum to mobile if required.”

The comments follow the EC’s publication this week of the public consultation results of the Lamy Report on 700MHz spectrum band. The original report was put together by European Commissioner Pascal Lamy and published in September 2014.

Following the consultation, the EC said that a “vast majority of the respondents” were in favour of establishing a common deadline to clear the 700 MHz band and supported the Lamy Report’s proposal of 2020 – plus-or-minus two years – for doing so.

There was also “broad support” for a common European approach to the sub-700MHz band at the WRC-15.

The Lamy report said that current use of the 470-694 MHz band should be safeguarded until 2030 to provide “regulatory security and stability for terrestrial broadcasters” with a review by 2025 to assess technology and market developments of the UHF spectrum.

On publication of the initial Lamy report, the EBU, which represents the interests of public broadcasters in Europe, welcomed the recommendation that the EU safeguard access to spectrum below 700 MHz for DTT, but voiced concerns that 2020, plus-or-minus two-years, timescale for the release of the 700Mhz band would not give broadcasters and viewers enough time to adapt to the new spectrum arrangements.