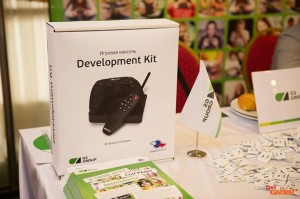 Russian set-top box maker, GS Group, has said that its new hybrid games console and a digital HD receiver will be available to subscribers of satellite operator Tricolor TV from later this year.

GS Group confirmed that development of the receiver and gaming platform is “almost complete” and that the device will be available from the fourth quarter of 2015.

“The project has been developed specifically for the leading Russian satellite operator Tricolor TV, where an active subscriber base exceeds 11 million households. Moreover, several ways of game monetisation will be proposed to developers, including the free-to-play business model and premium versions,” said GS Group.

The set-top and technology firm first presented a prototype of the hybrid device at a conference in Moscow in January, while last month it named the first developers that are working on games for the device during the DevGAMM Moscow conference.

GS Group said it has reached tentative agreements on games development and prototyping with developers including Creative Mobile, Herocraft, Steel Monkeys, and Alawar – and is open to working with other talented developers on the project.

The device’s gaming platform is powered by the Android OS, letting users play individually or with others over the web. The receiver will let viewers watch satellite channels in Full HD.