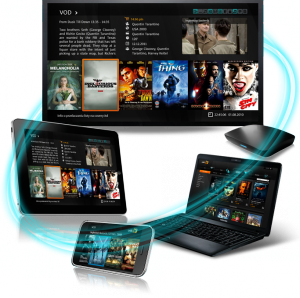 TiVo has acquired Poland-based Cubiware, a firm that provides software for emerging market pay TV operators, in a bid to expand its international presence.

TiVo said that the deal will allow it to expand in 25 countries and to offer a wider set of cost-effective solutions for TV operators around the world.

“Cubiware immediately accelerates our global pay TV efforts and enables us to more rapidly reach an even larger portion of the international market, which is expected to grow to more than a billion subscribers by 2020,” said TiVo president and CEO Tom Rogers.

TiVo said that, in addition to TV operator deals, Cubiware has “an important ecosystem of conditional access and set-top box partners” that it aims to continue to expand.

It added that the Cubiware acquisition complements TiVo’s own international product lines, and those of TiVo-owned search and recommendations specialist DigitalSmiths, which together are used in a number of different cloud, hybrid and premises-based platforms.

“The combination of TiVo and Cubiware is expected to enhance Cubiware’s product offering with a variety of features in the future including advanced search and recommendations, OTT applications, and user interface enhancements that will further distinguish Cubiware products and accelerate customer expansion,” said Rogers.

Cubiware CEO and co-founder, Jakub Gorski, said: “Cubiware’s solution is integrated with a variety of leading set-top-box providers enabling over 4 million devices in the field. Becoming part of TiVo will enable us to offer more advanced solutions to our current customers and pursue a broader set of prospects with a proposition that offers compelling functionality at a very attractive price point.”

He added that the deal comes as many pay TV operators in emerging markets are looking for “innovative advanced television software solutions that can be deployed on cost-effective set-top boxes and other devices.”

News of the acquisition, which was agreed for undisclosed terms, came as TiVo announced a 27% year-on-year increase in subscriptions for its fiscal first quarter.

TiVo said that for the three months ended April 30, 2015, it had 5.8 million subscriptions and that service and technology revenues reached a record US$92.4 million – up 7% year-on-year and exceeding its guidance.

TiVo attributed these gains to a 41% increase in MSO (multiple-system operator) service revenue and an almost doubling of Digitalsmiths’ service revenue.

In its quarter highlights, TiVo also said that it is now working with all global set-top box operators after agreeing to integrate its software in Arris set-top boxes.

Overall for the quarter, TiVo reported net income of US$7.9 million – in line with the high-end of its guidance but down from US$8.1 million in the same quarter last year. TiVo said that Q1 “included US$1.8 million of tax affected interest expense for the convertible notes issued in September 2014, which was not included in the year-ago quarter.”