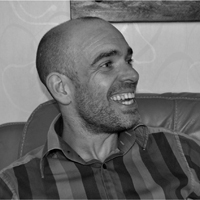 Speaking at the DTG Summit 2015: Driving Global CollaborVation in London yesterday, Stagg argued that: “LTE broadcast, put simply, is bringing the efficiencies of DTT to the LTE network.”

He claimed that it LTE broadcast technology has picked up pace in the past 18 months and that it is considered by the MVA and others in the industry as the “standard for success.”

“In 2020, moving forward, no live or linear TV will be unicast. So anything that we see we will broadcast on the network to give all customers of that content the guaranteed experience and not impact anyone else,” predicted Stagg.

Asked whether the major UK mobile networks would work together to deliver broadcast LTE on the same spectrum, to avoid duplication, Stagg said: “The big thing at the moment, that we need to do first, is get mass adoption to drive the handset penetration to then be able to have any other discussions of how you might in the future use different technologies to deliver content.”

The MVA launched at the DTG Summit in May 2014. It was founded by EE and global interconnection and data centre company Equinix in an effort to “identify, develop and advocate technologies that harmonise the delivery of audio visual content to mobile devices.”