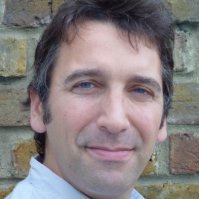 Speaking at the Future of Media Distribution conference in London yesterday, Winner, who was until recently head of UK business development for Amazon’s Appstore, said that he believes there are potential innovation opportunities around niche content.

As an example, he named Qello Concerts, a pay service that gives users access to music concerts across connected devices like Apple TV, Playstation, Xbox, Roku, Chromecast and Amazon Fire TV, which he claimed “does very well.”

In the app space, he also cited the Headspace guided meditation app, which is available on monthly subscription basis. “They make very good money serving niches that have a very strong need for certain types of content,” said Winner.

Before taking his Amazon Appstore role at the beginning of 2013, Winner led business development at Lovefilm in the period immediately after Amazon’s acquisition of the business. Prior to this, he worked for companies including Vodafone, Sky and the BBC.