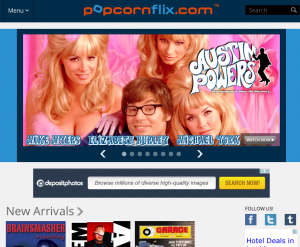 Free movie and TV show streaming app Popcornflix has launched in 36 new countries – including 16 countries in the Middle East and 16 in Latin America.

Announcing the expansion at MIPTV in Cannes, Popcornflix said its Middle-Eastern footprint includes Iran, Iraq and Saudi Arabia, while in Latin America the service is available in countries including Mexico and Argentina.

The other four new launch markets are Poland, Russia, Turkey and China.

“Today’s audiences increasingly want to watch content on their own terms, however they want, wherever they are. Popcornflix is dedicated to making our content widely available, not only across platforms, but across continents. We are enthusiastic to engage a new set of users, eager for free and easily accessible movies and television,” said David Fannon, executive vice-president at Popcornflix.

US-based Popcornflix is already available across North America and last year launched in the UK, Ireland, Scandinavia, Australia and New Zealand. The service is ad-supported and available to watch on a number of devices, including games consoles, smart TVs, Roku boxes and iOS and Android devices.