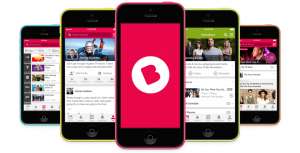 Social TV service Beamly has passed the 10 million subscriber mark, one year after it was rebrand from Zeebox.

Announcing the milestone, Beamly said that it has seen an eleven-fold lift in growth to 10.4m unique users since its relaunch in April 2014.

At the same time, Beamly has launched a new set of ‘Frictionless Fun’ features, designed to offer a ‘one-click’ experience for users to engage with polls, quizzes and animated stickers, with sharing enabled across social networks.

“More than 90% of people on Twitter don’t tweet. Frictionless Fun is the result of intense testing with millennial and other TV fan segments to amplify the level of audience participation around the clock,” said Beamly CEO Jason Forbes.

“For one primetime-show experience we saw over two million votes in less than 48 hours. This also gives TV networks another set of capabilities that can be embedded in minutes on their site to drive audiences, engagement and monetisation.”

Beamly was created last year in an effort to establish Zeebox as a destination for news and gossip about TV shows and a place for people to chat about programmes with other passionate fans and celebrities – “instead of just a TV guide.”

At the time Beamly said it aimed to “capture the zeitgeist” of its core target audience of 16 to 24 year-old millennials and to break away from its “geeky male audience”.