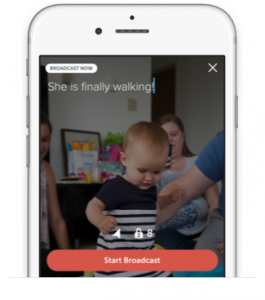 Twitter has launched Periscope, an app that lets users share and watch live video broadcasts from their mobile phones.

Periscope has been in development for just over a year and the launch comes after Twitter acquired the company in January.

The app is currently available for Apple devices, with an Android version “in the works”. Twitter will now go head-to-head in this space with live video streaming rival Meerkat.

“We’ve always imagined Periscope as a visual pulse of what’s happening right now. Our friends at Twitter felt the same way, and in January we decided to work towards this vision together,” said Periscope in a blog post announcing the launch.

“We’ll continue building Periscope as a separate product, with a small team based in San Francisco,” said the firm, adding that it can help Twitter by “giving people a way to share and experience the world around them, both near and far.”

Periscope users can press a button to notify followers that you’re live, and then share an event or experience. Viewers can influence the broadcasters by sending messages or by sending ‘hearts’ by tapping on the screen.