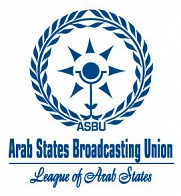 The Arab region is now covered by 1,294 satellite TV channels thanks to a boom in private networks, according to the Annual Report on Arab satellite broadcasting.

The 2014 report, issued by the High Committee for Coordination among Arab Satellite Channels (HCCASC) and the Arab States Broadcasting Union (ASBU), claims that 165 public and 1,129 private channels in multiple languages and a variety of specialties are now available in the region.

The number of Arab corporations broadcasting or rebroadcasting satellite channels was found to stand at 758, consisting of 29 publicly owned and 729 privately owned companies.

“The rise recorded in the number of public channels is mostly attributed to the return of Libyan television channels to broadcast after having disappeared with the revolution, as well as to the creation of more public specialised channels, especially sports ones,” said the report.

“In the early nineties of the last century, the number of Arab satellite channels (both public and private) was limited to no more than twenty or thirty channels. The current boom has been brought about mostly thanks to the private sector.

“Various factors have helped the proliferation of channels, such as the growing role of the private sector, technology developments and digital satellite broadcasting that offered unlimited opportunities, low cost access and wide prospects for development.”