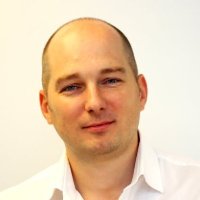 Seven in 10 respondents to a Russian market survey carried out by content security provider Irdeto have said they consume pirated content, with 16% doing so more than once a week.

Forty-three per cent of respondents who watch entertainment content use advertising-funded service most frequently, but 23%, or almost one in four, primarily use pirate services, making the latter more popular than subscription services, used by one in five, or pay-per-view, used by only 4% of respondents.

Twenty-seven per cent of respondents said they were stopped from watching more entertainment through their legitimate service provider due to cost, with 23% citing poor connectivity and 14% each citing lack of availability and insufficient multiscreen availability.

The research, commissioned by Irdeto and carried out by YouGov, interviewed a sample of 1,000 Russian adults.

“The prevalence of piracy in the Russian market is clearly identified by this research, with high content costs, longer windows and lack of availability fuelling the situation,” said Andrey Silanchev, business development director Russia and CIS, Irdeto. “While this is partly due to the economic situation, it’s clear that operators must make multiscreen and OTT content in this market either ad-funded or very affordable through low subscription fees. Ancillary devices outside the living room are clearly very prevalent in Russia and if pay TV operators are not fulfilling demand, this is another opportunity for pirated content services.”