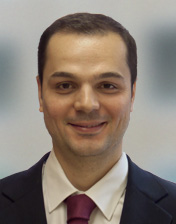 OTT revenues in emerging markets are expected to grow from US$1.9 billion (€1.7 billion) in 2014 to US$6 billion in 2019, according to a report by Pyramid Research.

According to Pyramid Research, subscription video on demand services such as Netflix were available to 1.3% of emerging market households in 2014, with a user base of 19.4 million. This number is expected to grow to 6.4% by the end of 2019, increasing the user base to 102.7 million.

Emerging Asia Pacific and Latin America accounted for 90% of paid OTT revenue in emerging markets in 2014, with Latin America being the only emerging market region where Netflix operates. The two regions will only drop marginal shares in the next five years, still making up 86% of the total in 2019, according to Pyramid Research.

Pay OTT services in Africa and the Middle East, including SVoD and TVoD, are expected to account for 7% of regional pay TV revenue in the next five years while in central and eastern Europe, SVoD services will begin to take off, with pay OTT revenue growing to 5% of overall pay TV revenue by 2019.

“In recent years, OTT business models entirely relying on advertising revenue streams have become difficult to sustain, given the high cost of content. In many emerging markets, we are witnessing the emergence of hybrid models, whereby services offer free content to expand the user base, but at the same time position premium SVoD and transactional video on demand (TVoD) services to generate additional revenue,” said Daniele Tricarico, senior analyst at Pyramid Research.