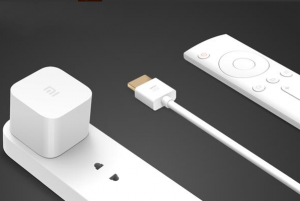 The Android 4.4.2 KitKat-based box, which will only be available in China, at least initially, is about the size of a smartphone charger and connects to the TV set via HDMI.

The devices supports Dolby Digital Plus audio and 1080p HD content and includes a Bluetooth remote.

Xiaomi has yet to reveal the box’s full function set. The full sized Mi Box allows users to stream videos from the internet as well as from other devices via Miracast and DLNA.

The company’s global division vice-president, Hugo Barra, last week told Reuters that it would build investments in media and content, including the acquisition of rights in markets outside China.

Xiaomi has reportedly reserved US$1 billion (€860 million) to invest in internet TV content.

Separately, Xiaomi has acquired a 3% stake in Hong Kong-based entertainment, internet security and office software specialist Kingsoft for HK$527 million. Xiaomi CEO and chairman Lei Jun, a founder of Kingsoft, has also been named as chairman of the company. The deal takes his voting stake in the company to 29.9%.