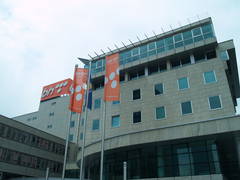 PlayBox will supply its AirBox content playout and streaming system, which can support both SD and HD services and formats including MPEG-1, 2 and H.264 as well as HDV and DV streams from most production platforms capable of providing AVI, MPEG, MXF, QuickTime or WMV content, according to the company.

The contract was won by local system integrator BCH, based in Sarajevo.

“The new servers give BH Telecom the ability to work with a live input stream, adding graphics when needed. AirBox was chosen because it is inherently easy to use, and also easy to expand if additional channels are required in the future. Training was completed in just two days.”