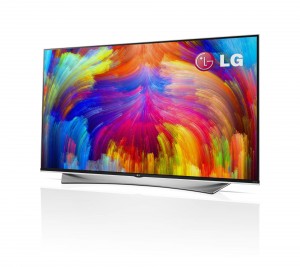 Demand for 4K TVs will hit 100 million units by 2018, according to Futuresource Consulting. According to the research group, demand for 4K sets will achieve a 72% compound annual growth rate between now and 2018.

Futuresource expects 11.6 million 4K units to be shipped this year, up 700% year-on-year, with demand led by China.

The research group expects 4K will account for 10% of demand in western Europe this year. 4K adoption is expected to ramp up from 2015 and represent 38% of the total market by 2018.

Futuresource predicts that demand for TVs overall this year will hit 234 million units, up 3% on last year. However the value of the trade this year will fall by 4% to US$97 billion (€79 million) thanks to a decline in the average retail price of units from US$652 to US$608.

Smart TVs are ex0ected to account for over half of sales this year for the first time, rising to 82% by 2018.

Growth in demand this year is led by Latin America at 17%, with the Asia Pacific growing at 4% and North America flat.

“The anticipated boost from the World Cup in the first half of the year has been followed by a better than expected Q3. Europe is forecast to exceed 57 million units in 2014, with western Europe enjoying 2% year-on-year growth, while eastern Europe remains flat,” said Jack Wetherill, senior market analyst at Futuresource Consulting.